City Hall Update City Hall is open by appointment only. Read On... 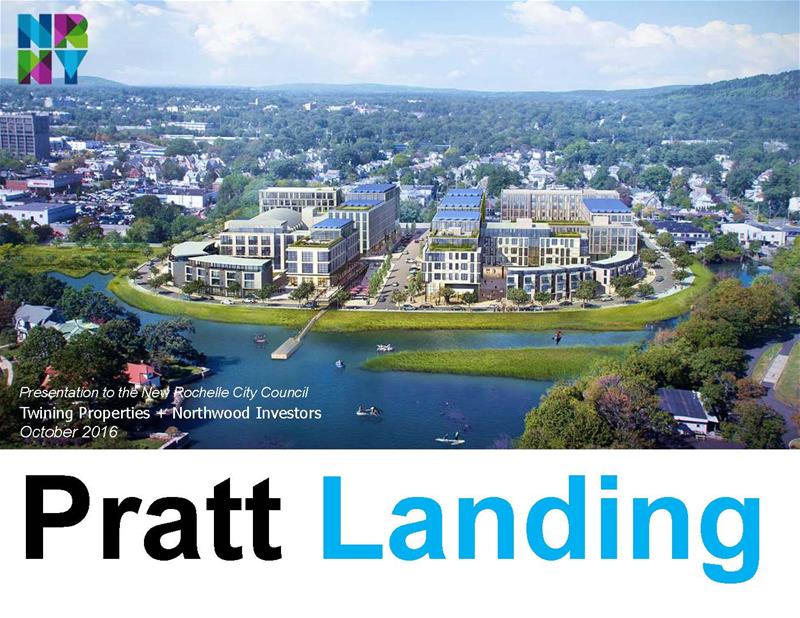 Twining Properties presented their development vision for the City’s waterfront property at Echo Bay during the Regular Legislative meeting of the City Council on Tuesday, October 18. The plan calls for a mix of residences, stores, offices, open space and a hotel, surrounded by a waterfront esplanade, to be built on the current site of the City Yard. The City will work with the developer and the community to determine use for the adjoining Armory.

The exclusivity agreement required the developer to complete a development plan and the City to find a new location for the Public Works facility. Twining completed the development plan and last year the State of New York accepted Twining’s application for a Brownfield Tax Credit for an environmental clean-up of the site.  Earlier this month, the Council unanimously voted to relocate the City Yard to a brand new facility in an industrial area off I-95.

To allow appropriate time for analysis and input on the updated Twining proposal, City Manager Charles B. Strome, III has extended the exclusivity agreement with Twining, set to expire this month, until January 31, 2017. “This extension gives us the necessary time to evaluate the project, and receive input from the community as well,” said Strome.

Should the City Council decide to move forward, it would be through a public process containing multiple steps, the first being a council action to permit the creation of a Memorandum of Understanding with Twining Properties.